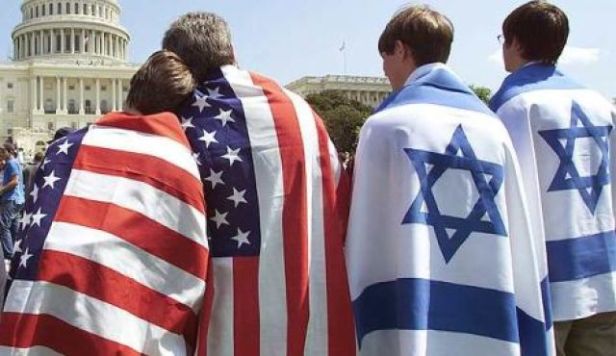 (reprinted from the October 1, 2013 edition of the New York Times)

The first major survey of American Jews in more than 10 years finds a significant rise in those who are not religious, marry outside the faith and are not raising their children Jewish — resulting in rapid assimilation that is sweeping through every branch of Judaism except the Orthodox.

The intermarriage rate, a bellwether statistic, has reached a high of 58 percent for all Jews, and 71 percent for non-Orthodox Jews — a huge change from before 1970 when only 17 percent of Jews married outside the faith. Two-thirds of Jews do not belong to a synagogue, one-fourth do not believe in God and one-third had a Christmas tree in their home last year.

“It’s a very grim portrait of the health of the American Jewish population in terms of their Jewish identification,” said Jack Wertheimer, a professor of American Jewish history at the Jewish Theological Seminary, in New York.

The survey, by the Pew Research Center’s Religion & Public Life Project, found that despite the declines in religious identity and participation, American Jews say they are proud to be Jewish and have a “strong sense of belonging to the Jewish people.”

While 69 percent say they feel an emotional attachment to Israel, and 40 percent believe that the land that is now Israel was “given to the Jewish people by God,” only 17 percent think that the continued building of settlements in the West Bank is helpful to Israel’s security.

Jews make up 2.2 percent of the American population, a percentage that has held steady for the past two decades. The survey estimates there are 5.3 million Jewish adults as well as 1.3 million children being raised at least partly Jewish.

The survey uses a wide definition of who is a Jew, a much-debated topic. The researchers included the 22 percent of Jews who describe themselves as having “no religion,” but who identify as Jewish because they have a Jewish parent or were raised Jewish, and feel Jewish by culture or ethnicity.

However, the percentage of “Jews of no religion” has grown with each successive generation, peaking with the millennials (those born after 1980), of whom 32 percent say they have no religion.

The trend toward secularism is also happening in the American population in general, with increasing proportions of each generation claiming no religious affiliation.

Reform Judaism remains the largest American Jewish movement, at 35 percent. Conservative Jews are 18 percent, Orthodox 10 percent, and groups such as Reconstructionist and Jewish Renewal make up 6 percent combined. Thirty percent of Jews do not identify with any denomination.

In a surprising finding, 34 percent said you could still be Jewish if you believe that Jesus was the Messiah.

When Jews leave the movements they grew up in, they tend to shift in the direction of less tradition, with Orthodox Jews becoming Conservative or Reform, and Conservative Jews becoming Reform. Most Reform Jews who leave become nonreligious. (Two percent of Jews are converts, the survey found.)

Jews from the former Soviet Union and their offspring make up about 10 percent of the American Jewish population.

While earlier generations of Orthodox Jews defected in large numbers, those in the younger generation are being retained. Several scholars attributed this to the Orthodox marrying young, having large families and sending their children to Jewish schools.

Steven M. Cohen, a sociologist of American Jewry at Hebrew Union College-Jewish Institute of Religion, in New York, and a paid consultant on the poll, said the report foretold “a sharply declining non-Orthodox population in the second half of the 21st century, and a rising fraction of Jews who are Orthodox.”

The Jewish Federations has conducted major surveys of American Jews over many decades, but the last one in 2000 was mired in controversy over methodology. When the federations decided not to undertake another survey in 2010, Jane Eisner, editor in chief of The Jewish Daily Forward, urged the Pew researchers to jump in.

It was a multimillion-dollar effort to cull 3,475 respondents from a pool of 70,000. They were interviewed in English and Russian, on landlines and cellphones from Feb. 20 to June 13, 2013. The margin of error for the full sample is plus or minus three percentage points.

Ms. Eisner found the results “devastating” because, she said in an interview, “I thought there would be more American Jews who cared about religion.”

“This should serve as a wake-up call for all of us as Jews,” she said, “to think about what kind of community we’re going to be able to sustain if we have so much assimilation.”