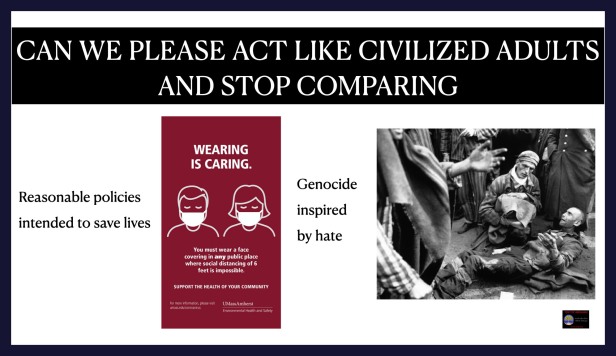 Because they can’t utilize accomplishments or constructive ideas to attract voters in 2020, Trump and the Republican Party are once again playing on cynical and often times tribal prejudices emotions to solidify their base.

Demagoguery is an easier tool in the politician’s tool-box tha appeals to people’s intellect and humanity.

But suggesting that policies, laws, and practices being advanced in the battle against a lethal pandemic that has killed more than 100,000 Americans and 600,000 people world wide is no different than what the Nazis did the Jewish population of Europe is so inappropriate, so shameless, so unethical as to defy all standards of common decency!