If you’re not sure how to respond to those who say such absurd things as:

Germans are not allowed to celebrate Nazism and the Third Reich!  No Americans should be proud of the Confederacy!  The Confederate flag is to an African-American what the swastika is to Jews and all who were persecuted and murdered by Hitler and the people who blindly followed him to do evil. 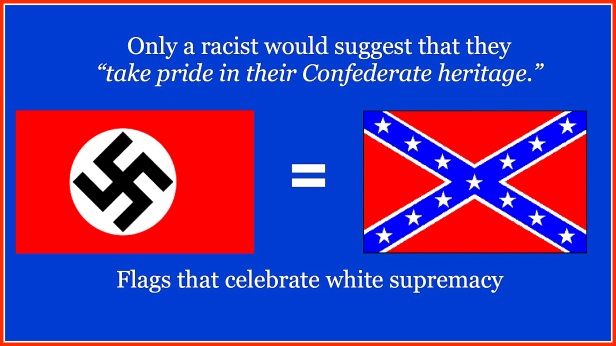