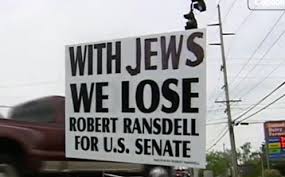 At age 86, my Mom’s short-term memory is not what it used to be.  But ask her about being a child in Nazi Germany in the 1930’s and she has some pretty harsh memories that give

you some sense of how growing up in country that officially deemed your kind as subhuman, can negatively impact a child’s psychosocial development.

Hate hurts.  Institutionalized hate is devastating to people of all ages, let alone children.  The fact that Jewish children in America in 2014 have to bear witness to this kind of hate for their kind, is depressing.