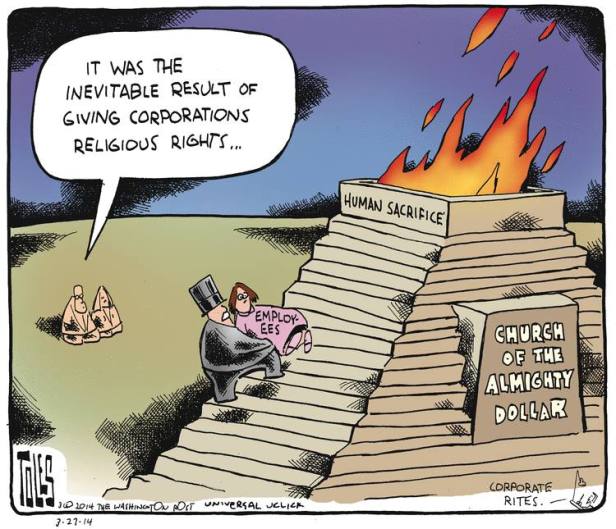 Let me see if I’ve got this right:  Republicans, religious and economic conservatives genuinely believe that the free enterprise works best with limited government regulation.   They are quite sure that if we let the private sector operate unfettered, the holy job creators will make more money, create more jobs and everyone will benefit.   So let’s not regulate the free enterprise system so employers and corporations don’t have to:

AFTER ALL, GREED NEVER CLOUDS THE JUDGEMENT OF PEOPLE WHEN IT COMES TO DOING WHAT IS RIGHT AND ETHICAL?

What do y’a think: Is that kind of reasoning a reflection of how stupid they think everyone we are?  How stupid and naive they are? Or, how confident they are that they have the political power and influence to shape legislation that makes it possible for them to maximize profits at the expense of workers, consumers, the environment, etc.?

But thank you Supreme Court of the United States (SCOUS) for telling us that corporations are entitled to the same free speech privileges as individuals.  Do you really think that your decision is going to advance the interests of the American people? Corporations? BTW SCOUS, who do you work for?

But then again, Republicans politicians don’t mind government interference in the market place when it’s done to protect the financial interests of the rich and powerful who pay their campaign bills.  Do they?  Case and point:

New Jersey kills the electric car — is Ohio next?

And now SCOUS has yet another opportunity to shoot holes in the myth of the conservative commitment to individual rights by considering the religious rights corporations.  Yes folks, that’s right.  The religious-right that likes to tell you who you can sleep with, what birth control you may use and what rights a woman has when it comes to her body want you to now believe that religious freedom isn’t  just for individuals, it applies to corporations as well.  In fact, the businesses they own have a right to dictate religious dogma to their employees.

How many conservatives does it take to spell the word H-Y-P-O-C-R-I-T-E?   As many Bill O’Reilly’s and Rush Limbaugh’s as it takes to remind grass-roots/tea-party Americans that only Muslims and communists would dare regulate the private sector in such a way as to limit profits or extend freedoms contrary to the beliefs and practices of  white, religious conservative Christians. 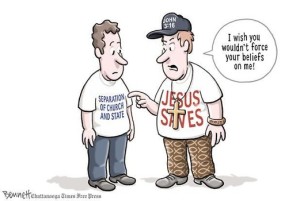 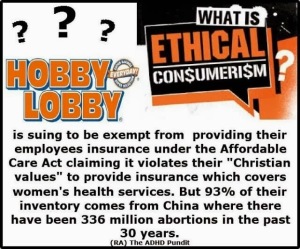 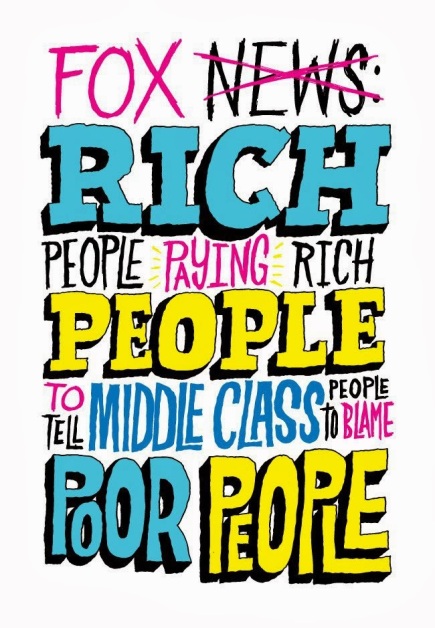 One thought on “Have human sacrifices really been outlawed in America?”