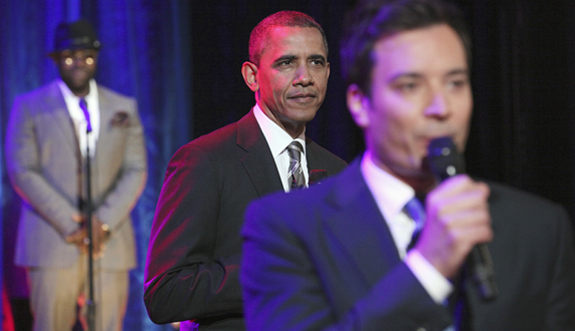 “Only the unemployed and drunk college kids are up at that hour; that’s who he is appealing to.  Real American’s know that this President hasn’t done a damn thing to help this economy.”

Oh really?  So the 150,000 new jobs our economy is now producing each month don’t matter?

It’s obvious that the Republicans are going to try and win in November by pointing out that the American economy is not 100% back to where it was years ago (you know when, during the Clinton Presidency).    Ergo, we should elect a rich businessman with the core convictions of a salamander who will re-institute the failed policies of the Bush years:  an unfettered-unregulated banking industry; lower taxes for the rich, and countless legislative efforts to help the rich get richer at the expense of unions and working people.    But don’t worry everyone else, according to Republican logic, when the “job creators” do well, the rest of us will be allowed to survive on the crumbs we fight each other for at their feet.

Doesn’t that make you feel so much better and more confident in voting for a party that understands that the American dream is all about getting rich; who’s first loyalties are to servicing their over-lords in the private sector;  that promotes intolerance for: the reproductive rights of  women, LGBT people, Muslims,  immigrants and anyone they deem as “not real Americans?”

If you honestly think that you are going to have a hard time choosing who to vote for next November, I respectfully suggest that  you are part of the problem, not the solution.